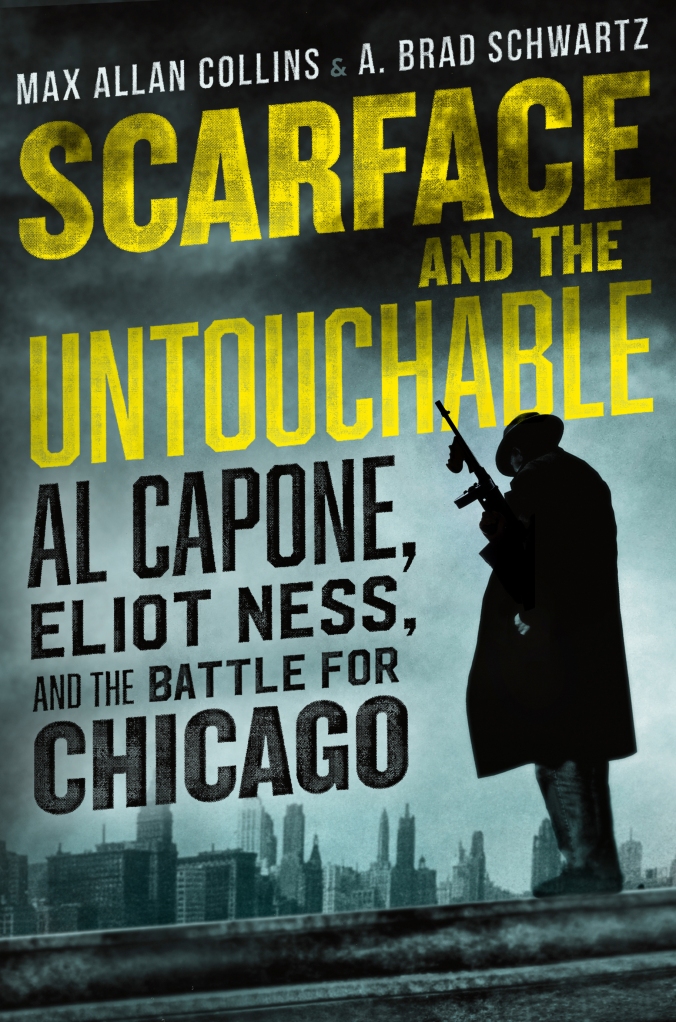 In 1929, thirty-year-old gangster Al Capone ruled both Chicago’s underworld and its corrupt government. To a public who scorned Prohibition, “Scarface” became a local hero and national celebrity. But after the brutal St. Valentine’s Day Massacre transformed Capone into “Public Enemy Number One,” the federal government found an unlikely new hero in a twenty-seven-year-old Prohibition agent named Eliot Ness. Chosen to head the legendary law enforcement team known as “The Untouchables,” Ness set his sights on crippling Capone’s criminal empire.

Today, no underworld figure is more iconic than Al Capone and no lawman as renowned as Eliot Ness. Yet in 2016 the Chicago Tribune wrote, “Al Capone still awaits the biographer who can fully untangle, and balance, the complexities of his life,” while revisionist historians have continued to misrepresent Ness and his remarkable career. 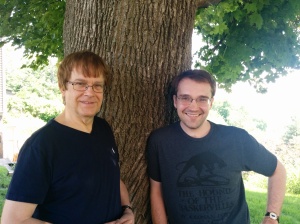 Enter Max Allan Collins and A. Brad Schwartz, a unique and vibrant writing team combining the narrative skill of a master novelist with the scholarly rigor of a trained historian. Collins is the New York Times bestselling author of the gangster classic Road to Perdition. Schwartz is a rising-star historian whose work anticipated the fake-news phenomenon.

Scarface and the Untouchable draws upon decades of primary source research – including the personal papers of Ness and his associates, newly released federal files, and long-forgotten crime magazines containing interviews with the gangsters and G-men themselves. Collins and Schwartz have recaptured a bygone bullet-ridden era while uncovering the previously unrevealed truth behind Scarface’s downfall. Together they have crafted the definitive work on Capone, Ness, and the battle for Chicago.

One of Amazon.com’s BEST BOOKS OF THE MONTH (August 2018)

“…a narrative that reads with force and style. … Those of you who may not know that Al Capone was a Chicago gangster and that Eliot Ness was a Prohibition agent will really get a kick out of this story. All will appreciate the compelling way in which it is told. … This is a very good book.” – Rick Kogan, Chicago Tribune

“We’re all heard the story of Al Capone and Eliot Ness, but when you pair the writer of Road to Perdition with a Princeton historian, you get a gripping take on Chicago’s past that reads like a novel.” – Chicago Magazine (“10 New Books for Your Summer Reading List”)

“The scholarship displayed in Scarface and the Untouchable is extraordinary, probing deeply into the activities, interrelationships and mindsets of the many principal characters.” – Edward Morris, BookPage

“As the stories of Capone and Ness converge in their battle, Collins and Schwartz create a character out of the city of Chicago. … Scarface and the Untouchable is true crime written like an epic pulp novel. It has a Michener sweep, but instead of God’s eye, the view is gutter level.” – Scott Montgomery, MysteryPeople

Scarface and the Untouchable is “a thick, entrancing book that will likely keep you enthralled… The authors want to relay the true history of the era, with correct, well-researched information – and they succeed admirably.” – Ray Walsh, Lansing State Journal

“Scarface and the Untouchable is a page-turning history that overwhelms the past retellings of the pre-eminent battle against organized crime. An excellent book that is history, biography, and true crime.” – Philip Zozzaro, San Francisco Book Review

“Collins and Schwartz let the facts however hard speak rather than the speculation. … The truth may not always beat fiction but in this epic book, it reminds readers of situations still relevant today.” – Robert S. Davis, New York Journal of Books

“Scarface and the Untouchable is as lively and masterfully written as you would expect, with the scholarship to back it up. Collins and Schwartz have spent a long time studying and thinking about these men, and it shows in the portraits they draw – at once intimate and comfortable exploring the wider historical context of crime in Prohibition America.” – CrimeReads

“Thoroughly researched and expertly executed…impossible to turn off.” – AudioFile review of the audiobook edition (read by Stefan Rudnicki)

Scarface and the Untouchable is “a book full of fascinating details. … There are made-for-movies scenes, too.” – Jacqueline Cutler, Newark Star-Ledger

“Collins and Schwartz bring out the real person behind the inaccurate depictions from Hollywood… By telling the two men’s biographies together, the authors paint a large picture of Chicago during the ’20s and ’30s and throw into broad relief the more interesting aspects of each man’s personality.” – Noah Cruickshank, Shelf Awareness

“A deep and detailed dive into a staple of American popular mythology. …Collins and Schwartz certainly produce vivid stretches of narrative, notably as they chronicle the lawless milieu of Prohibition-era Chicago and the blasé corruptibility of civic authority as the nation slides into the Depression.” – Bob Duffy, Washington Independent Review of Books

Scarface and the Untouchable “is well researched…lively and entertaining. The authors don’t pull punches on the bootlegger era. … [T]hey show [Capone and Ness] were more complex than pulp novels, TV and films made them out to be.” Jeff Schulze, The Free Lance-Star

Scarface and the Untouchable “covers a lot of…topics. And many of them, including a culture that celebrates violence, a government that polices pleasure, a people with easy access to guns, are debated to this day.” Jacqueline Cutler, New York Daily News

“Collins and Schwartz present a balanced view of the role of Ness in capturing Capone… The result is an informed and valuable addition to the numerous books about Capone and Ness.” – Publishers Weekly

“The authors’ intent is to take two men who have been mythologized over decades, strip away the fictions that have been piled on them, and leave us with a clearer sense of the true Ness and Capone. And they succeed admirably. … Careful research combined with vivid pulp style.” David Pitt, Booklist

“Scarface and the Untouchable is an extraordinary achievement. Check at the door whatever you think you know of America’s most notorious criminal and the Chicago lawman who brought him to justice: Collins and Schwartz have a new story to tell. The writing is riveting, the research impeccable – including material never published before – and the history of a city and a country teetering on the brink of total lawlessness is a sober warning for our own age.” – Sara Paretsky, author of the bestselling V.I. Warshawski novels

“Scarface and the Untouchable revolutionizes our understanding of Al Capone and Eliot Ness beyond myths and misinformation with groundbreaking research and effortless storytelling that will thrill historians and general readers alike. Collins and Schwartz provide a master class in crafting a dual biography, and deliver both singular historical figures what they have been deprived of for so long: Justice. An indispensable exercise in Prohibition-era excitement.” – Matthew Pearl, author of The Dante Club and The Dante Chamber

“Scarface and the Untouchable reads like fiction. But it’s real. Cops and gangsters. Rooting for good guys and bad guys. Not being sure who was who most of the time. From the White House to the soup kitchen, from massacres and prison cells, booze and sex, Collins and Schwartz bring to life an era of Americana which will never be replicated. Capone or Ness – I’m not convinced beyond a reasonable doubt who was the victor!” – Oscar B. Goodman, legendary “mob attorney” and three-term mayor of Las Vegas